Our team includes the best educational authors, animators and designers along with the most up-to-date, cutting-edge IT programming. This has enabled us to produce an on-line learning environment that is second to none. We are proud to be at the forefront of children’s educational publishing, which in the 21st century is digital and online. 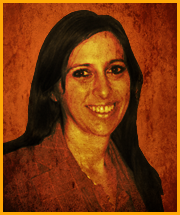 Our lead author is Naomi Simmons, the world’s best-selling author of courses to teach English as a foreign language to young children.

Naomi Simmons’s courses have sold over 300 million copies in China alone, and are being adopted in primary schools and kindergartens throughout Europe, the Middle East, Latin America, Asia and Africa.

All of Naomi Simmons’s courses share a common feature: the use of fun stories, songs and games to motivate children and engage them in their learning; along with a carefully structured syllabus.

Naomi Simmons is the author of the best-selling primary course New Standard English (Macmillan), used throughout China. Other courses include Family and Friends (OUP), You and Me, Hello Jojo (Macmillan) and Ricky the Robot (Pearson Longman).

Naomi Simmons was presented to Her Majesty The Queen in recognition of her contribution to teaching the English language to children worldwide. www.naomisimmons.co.uk 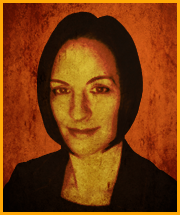 Our production team is headed by Charlie Anne Turner, who has many years experience as an illustrator, specialising in children’s books and animated websites.

Her books delight young and old with their lively, expressive characters and sense of fun.
Charlie Turner attained international recognition with the success of her animated e-cards.

The e-cards can be seen on titchywitchy.com. She has also developed a new children’s character, Steam Punkie, which can be viewed here.

She also has range of children’s kindle books on Amazon.
www.charlieturner.com

Articles
News
Offers
“Thank you so much for this online course. My son loves it and is learning well. We all enjoy joining in the songs.”
C Guerra Barcenas,Mexico